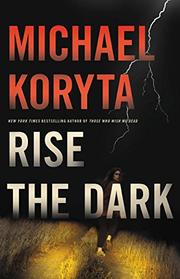 Having escaped certain death in Indiana's scariest caves in Last Words (2015), private investigator Mark Novak returns to his old haunts in Montana in pursuit of the man who murdered his wife in Cassadaga, Florida—a strange town known for its psychics.

The suspected killer, Garland Webb, released from a sexual-assault prison sentence on technicalities, has joined a crackpot cult in Montana bent on bringing down the electrical grid—and blaming it on Islamic terrorists. The group, which has a misguided reverence for alternating-current legend Nikola Tesla, includes Novak's long-estranged mother, Violet, a psychic reader who claims she has Native American blood. Arriving in the mountains, where other members of his loopy, boozing, troublemaking family live, Novak encounters Jay Baldwin, a former lineman whose wife, Sabrina, has been abducted by the messianic villain Eli Pate, the cult's leader. Pate threatens to kill her unless Jay takes apart selected high-voltage lines—a dangerous task made more frightening by Jay's memory of his brother and fellow lineman getting electrocuted on such a climb. After a female Pinkerton agent Novak is working with is captured and chained to the wall next to Sabrina, the PI turns for help to his Uncle Larry, Violet's shotgun-bearing brother. Like most of the characters, Larry is a lot more interesting than the flatly affected Novak. But as with his spellbinding 2014 effort, Those Who Wish Me Dead, Koryta employs the desolate Montana setting with such mastery and deep sense of mystery that it's a compelling character itself. And with an intriguing coda that reverberates with themes of family, myth, and psychic possibility, this new novel leaves us keenly anticipating the next installment of the Novak saga.

Again proving himself one of today's top thriller writers, Koryta creates edgy suspense not with trickery but with characters who test the limits of their courage.