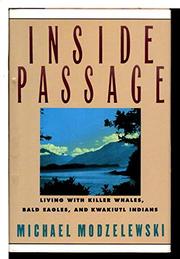 Seeking to be ``free to explore the universe within,'' free- lance writer Modzelewski (Sports Illustrated, Outside, etc.) spent 18 months on an islet near Vancouver Island. Modzelewski's sojourn on Swanson Island was inspired in part by his admiration for Zen masters and mountain men such as Jeremiah Johnson. He sought hardships away from people, cities, ski resorts, and college, because ``sometimes you have to lower your standard of living to reach a higher level.'' The owner of the island is Will Malloff, a ``mechanical wizard and woodworker extraordinaire'' as well as a ``healer'' who goes off alone to the woods in an attempt to heal his own lung cancer. Malloff is a fascinating characteronly not as the pure mountain man/mystic of Modzelewski's fantasy, but as a realistic bridge between modern ``civilization'' and romantic notions of getting ``back to nature.'' Some of his working tools, axes and scythes, a few found, others made or purchased, are to Modzelewski ``objets d`art''; it's no accident, Modzelewski notes, that the older tools work best, doing ``minimum damage to the earth and keeping you strong in the process.'' The author's contacts with wildlife belie his underdeveloped, perhaps naive belief in a mystical universe: an injured bald eagle he rescued and nursed, died. When, around the same time, a feather fell from the sky, he ``accepted it as sacred.'' He delivers a sound, informative natural history of cetaceans, but when a killer whale surfaced, near his skiff, ``I touched the whale; she touched me; and what passed between us changed me forever.'' One can only wonder if it was as good for the whale, too. Modzelewski's scenes of salmon fishing, profiles of local characters, observations on a giant octopus, explorations of other islands are solidly wrought. A kind of New Age natural history, hokey but engrossing. (Illustrationsnot seen.)