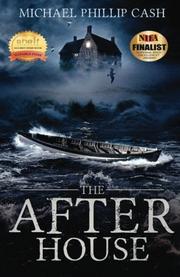 Remy Galway has just moved into a white cottage in Cold Spring Harbor on New York’s Long Island. The yoga instructor is starting over there with her 6-year-old daughter, Olivia, after a bitter separation from her volatile ex-husband, Scott. Their cottage, built during the town’s whaling heyday in the early 1700s, has a detailed mural on one wall, featuring a bearded sea captain named Eli Gaspar. Olivia senses that someone is watching her and her mother, but Remy is initially skeptical. It’s the ghost of crotchety Eli, however, who wants both of them gone—along with their feminine frippery—and he destroys the cottage’s parlor to scare them off. But Remy assumes that Scott is responsible for the destruction. She takes comfort in the soothing presence of Hugh Matthews, a handsome museum curator, who’s there for Remy as her life takes several increasingly dangerous turns (including arson at her yoga studio). As Eli watches Remy and Olivia, two mysterious sentinels, who keep spirits from physically harming the living, are watching him—but the captain seems too angry to appease. Can Remy and Hugh learn enough about Eli’s tragedy to avoid one of their own? Cash delivers another emotionally rich haunted-house tale, filled with tantalizing history and Long Island color. He even addresses the whaling industry, as when Eli asks his wife in a flashback, “Like reading late into the evening? Whale oil is progress, Sarah mine.” The story is also often quite funny; Remy thinks Hugh is too perfect, for example; she “expected bluebirds and butterflies to hover over his head while angels sang.” Hugh is far from flawless, however, as his awkward declaration of love for Remy proves: “[W]hen I saw you, it was like...I don’t know...pow!” The supernatural and romantic elements seesaw back and forth nicely, and the historical scenes enliven both aspects. In the end, when Eli says to a model whale, “I didn’t understand about loss, you poor beast,” he nearly steals the show.

THE FLIP
by Michael Phillip Cash

THE FEUD
by Frank Heiberger
Indie

A VIEW IN THE DARKNESS
by E. L. I.
Indie