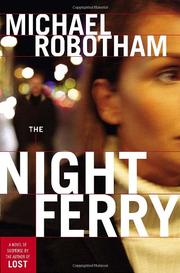 Quite a change of pace for the colleagues of retired Metropolitan Police Inspector Vincent Ruiz (Suspect, 2005; Lost, 2006): The detective isn’t the leading suspect, but merely a loose cannon.

It’s been eight years since Alisha Barba last heard from her old one-time school friend Cate Elliot (and the reason why they’re no longer friends turns out to be a doozy). Now Cate suddenly begs Ali to come to their school reunion. Then, just as suddenly, Cate, married, pregnant and openly fearful that “they want to take my baby,” is run down along with her husband, and it turns out that she’s not pregnant after all. Ali, on medical leave from the Met’s Diplomatic Protection Group, can’t help asking why Cate would pretend to be having a baby and who was responsible for the suspicious accident that killed her husband and left her shattered and comatose. The answers will take her from a burning building to Amsterdam’s red light district to an England-bound ferry where she’ll be called on to deliver the baby about whom Cate was so frantic. Along the way, she’ll run afoul of colleagues at the Met who take her for an arsonist, the Scotland Yard super who wants to shunt her into Recruitment, an Amsterdam cop who threatens to arrest her for kidnapping, Cate’s parents and some very serious criminal types.

Heartfelt and gripping, but neither as surprising nor as original as Robotham’s first two novels.