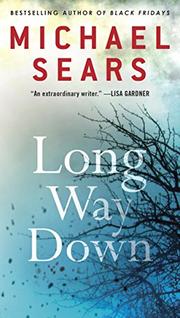 Stafford begins this adventure in a frazzled state, recovering from a two-year jail spell and the violent death of his ex-wife; he’s also coping with raising an autistic son, known only as the Kid. He thinks he has a simple case on his hands when millionaire engineer Philip Haley enlists his help. Haley is on the verge of a green-energy breakthrough but is about to be indicted for insider trading and claims he’s being set up. Suspects include the Chinese government and his estranged wife, Selena, until the latter is murdered on the way home from a meeting with Haley. Stafford enlists an expert hacker to investigate Haley’s financial trail but winds up receiving a note with just one word: “Run.” He then begins an elaborate flight up and down the East Coast that does little to get him out of trouble and even less to advance the plot. The book ends with a tense showdown in which Selena’s murderer, whose identity shouldn't be hard to figure out, overpowers Stafford but somehow neglects to kill him, then takes a motorboat into the East River intending to dump his body. During the ensuing confrontation Stafford demonstrates physical strength that seems quite impressive, even for a hero who works out at the gym. The flight and fight sequences are exciting if far-fetched; it reads as though Sears wrote these first and then built a story around them.

The chase action is enough to make this an agreeable read, and the Kid scenes add depth, though the book never delivers on the promise of well-turned financial intrigue.