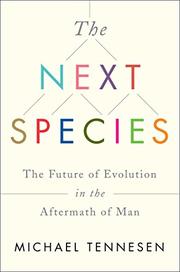 The Future of Evolution in the Aftermath of Man

In the past, five mass extinctions have destroyed at least 75 percent of all living species. It is no secret that we are now in the midst of another.

Joining the growing shelf of books warning of the miseries that lie ahead, science journalist Tennesen (The Complete Idiot’s Guide to Global Warming, 2005) chronicles his interviews with scientists from around the world, delivering an engrossing history of life, the dismal changes wrought by man and a forecast of life after the sixth mass extinction. Competition drives evolution. Mostly, this process involves the procurement of food, the author’s major concern. It has made humans the dominant species, but our disastrous mishandling of the process threatens our future. Agriculture occupies 43 percent of the Earth’s land. It is the best 43 percent, so there is little room for expansion, and scientific advances are losing the battle with ongoing soil deterioration. Livestock eat five times more grain than we do, and they take up 30 percent of the land, a percentage that is growing. Fish are the last wild animals that we hunt in large numbers, but we may be the last generation to do so because stocks are crashing. The spread of domestic animals combined with the elimination of forests and wild species guarantee more diseases similar to AIDS and SARS. Having delivered an alarming overview of our increasingly toxic environment, Tennesen gives short shrift to the traditional how-to-fix-it conclusion because his experts seem mostly discouraged. In one chapter, the author discusses migrating to other planets. “No single cause will take humans out,” he writes. “But multiple causes have a chance.”

In a mostly engaging book, Tennesen concludes that evolution will again drive survivors into a burst of creativity that will repopulate the planet, but it’s uncertain if this will include Homo sapiens.