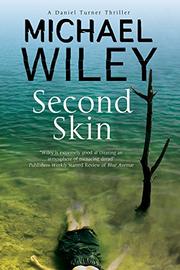 A second dose of murderous troubles that hit all too close to home for Jacksonville homicide detective Daniel Turner and his family.

Daniel’s sister Lillian isn’t the type to let things go. So when Sheneel Greene, one of her favorite students, goes missing, she asks her husband, skip tracer Johnny Bellefleur, to see if he can find her. Johnny demurs, but it wouldn’t have mattered anyway, for Sheneel’s already dead. Since Johnny is another one who doesn’t let things go, he asks Daniel for a peek at Sheneel’s case file, only to hit the first of many brick walls. There’s a file all right, and Daniel shows it to him, but he assures him that there's no case: Sheneel had tried to kill herself three times before, and the fourth time was presumably the charm. There’s even a convenient note in the victim’s own handwriting. Daniel doesn’t seem to care that Sheneel’s body was full of drugs that suicides rarely use or that someone’s cut off her arm with a sharp implement. Not even the death of Sheneel’s half brother, Alex, another very iffy suicide, sways him. So it falls to Johnny, still battling demons from his job bagging combat casualties for the Navy (Blue Avenue, 2014), and his sister to tie the deaths to the villainous Phelps family, whose long history of exploiting North Florida’s resources and locals provides far too many suspects—Edward the monstrous patriarch, his rapacious son, Stephen, their wives and unacknowledged children—each of whom takes a turn in the spotlight before yielding to someone who looks even guiltier. Long before the curtain comes down, Lillian won’t know who on Earth she can trust, and neither will you.

Satisfyingly doom-and-gloomy, even though many readers will balk at the last round of dark revelations and the last spasm of violence that accompanies them.