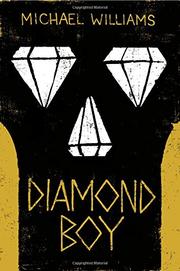 In this sprawling, messy but compelling epic, a teenager and his family join other desperate Zimbabweans seeking a future in Marange’s diamond mines.

Patson and his little sister, Grace, don’t want to leave Bulawayo, but hyperinflation has decimated the family’s income. Their stepmother, Sylvia, nags their schoolteacher father, Joseph, into moving the family to Marange, where her brother James controls a diamond-mining syndicate. Unaware of the region’s chaotic violence, they survive the journey only with help from an enigmatic Congolese. James welcomes his sister, while housing the rest of the family in a stifling, smelly tobacco shed. Joseph’s promised teaching position proves illusory—there’s no school. Mining’s the only job, and it’s mandatory. Hiding their finds from James means trouble, yet many miners try, including the youth syndicate Patson joins. His gentle, broken father doesn’t share his fantasies of striking it rich. Brutal mayhem, already the norm, increases when soldiers arrive, commanded by a vicious sadist. Lacking the compact power of its 2011 companion novel, Now Is the Time for Running, this tale is operatic in scope and intensity (no accident—Williams directs the Capetown Opera). Horrific events proliferate, generating a kind of sympathetic PTSD in readers. What keeps them engaged is concern for Patson and those he loves in a world that’s all too real.

A haunting, harrowing tale guaranteed to give “bling” a whole new meaning. .