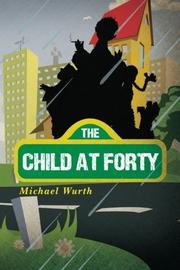 THE CHILD AT FORTY

In Wurth’s novel, four children from the Sesame Street generation grow up, get cynical and learn life isn’t nearly as simple as a cast of colorful Muppets once made it seem.

Like many children born after 1969, Steven’s television promised him “Sunny days sweeping the clouds away.” Instead he got perpetual thunderclouds. Bad break after bad break stalked the aspiring engineer until, as we learn in the introduction, he finally killed himself. The thesis central to Wurth’s quirky debut is that Sesame Street was somehow to blame for Steven’s failures—as well as those of his wife, Tiffany, and their contemporaries Jeremy and Katherine. Steven and Tiffany’s financial and marital instability was Big Bird’s fault for telling them “You can be whatever you want to be in this life.” Katherine and Jeremy’s boredom with life, love and sex were Jim Henson’s fault for making the future seem fresh and exciting. The idea here is the sale of false possibility has been the undoing of an entire generation. It’s a compelling notion, though Wurth’s dedication to it, and his evidence supporting it, grows scarce as the novel moves past the exposition-heavy backgrounds. Apart from this and a clever ending, the show’s place in (and influence on) the plot is slight and somewhat forced. For the most part though, that’s OK. Wurth’s intermingling plotlines often succeed in spite of his thesis, standing stronger on their own as ground-level studies on the relationship between dysfunctional childhoods and subpar adulthoods. The novel has some sleepy stretches; nevertheless, characters show enough authenticity to entertain without paying service to any overarching hook. So, as the book builds, Big Bird, Oscar and the lessons of Grover are out; jealousy, violence, and jags of wild sex are in. And, like Sesame Street, that’s ultimately what keeps you tuned in: the characters and adventures, not the lessons.

Fortunately, not as Sesame Street-centric as billed; like the TV show, it proves entertaining in spite of its overt agenda.