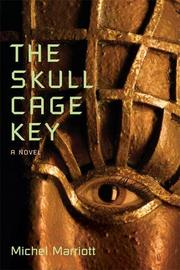 Marriott (Journalism/Baruch Coll.), a former technology reporter for the New York Times, provides a dark and disturbing, yet simultaneously intriguing, look at a future where technology has moved forward but human relationships trail behind.

In the postwar United States of 2041, residents are divided into two classes—“Dark” and “Light”—based on the color of their skin. Armstrong Black, a handsome Harlem-born Dark, unwittingly tumbles into a conspiracy involving Harlem's dirty underbelly of gangs, drug dealers and sex-for-hire. Shacked up in a ritzy hotel with his boss, Army locks gazes with an intriguing woman through a window right before things go terribly wrong: A gang of thugs breaks into the hotel suite and decapitates Army's boss and lover, leaving him as the prime suspect in her murder. Army is taken into custody and questioned, but eventually escapes into a city plagued by the need for a new and ultra-deadly drug called Hedz. The drug, which allows users to experience a stranger's best memories, can only be harvested by slaughtering others, but local law enforcement is already on the case. Also on the killers' trail is life-weary former detective Reagan, kicked off the force years ago. Pressed into action by his former partner, Reagan soon finds his path converging with Army, the mysterious woman seen by Army and a host of sinister drug dealers with equally sinister plans. Featuring sex that manages to be dark but strangely lacking in eroticism, as well as blood by the gallon, the story offers a cast of weird characters, some of whom speak in almost incomprehensible and distracting street parlance. Ultimately, the three main characters (one of whom has an unexplained and odd name change mid-novel) come together in a bloody and futuristic showdown in the heart of Harlem.

Placed against the dreary world of the future, this cheerless novel succeeds if only for its informed and fascinating look at the future of technology.