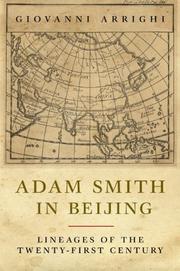 A collective biography of five shell-shocked veterans of trench warfare.

Delving into mountains of personal papers, letters and photographs in London’s Imperial War Museum, Barrett (Modern Literary and Cultural Theory/Queen Mary, Univ. of London; Imagination in Theory: Culture, Writing, Words, and Things, 1999, etc.) tells stories of three soldiers and two military doctors. All witnessed terrible things, suffered mental breakdowns and seemed to recover, but the experience permanently colored their lives. Investigating the flood of psychiatric casualties among uninjured soldiers, World War I physicians preferred an organic cause, so the term “shell shock” entered the vocabulary. Experts explained that soldiers in proximity to explosions suffered subtle brain injuries, but readers will share the author’s shock at discovering how much the simple horror of trench life contributed to their breakdowns. Soldiers walked, slept, ate and fought among dead and rotting bodies and body parts. The smell of decaying corpses grew more intense during the summer and after battles, but it never vanished. “I thought by now the horrors of war could no longer shock me. I was wrong,” writes Bombardier Ronald Skirth. “It must have been some ghoulish influence that drew me to the old battlefield and three months after the fighting had ceased the mangled, putrefying bodies of men and beasts still lay awaiting burial.” Classic WWI memoirs (by Robert Graves, Siegfried Sassoon and others) mention disgusting details of trench warfare, but those were written for publication and after time had softened the memories. The soldiers profiled here recorded their uncensored feelings on the spot. “The significant context of these life stories,” writes Barrett, “is not what can be remembered, but what has survived for us to study.” Fear and the death of comrades figure prominently, but it was the nauseating sights and smells that dominated their thoughts. When one of the author’s subjects, a doctor, revealed this to a postwar Parliamentary investigation into shell-shock, it was censored.

A unique contribution to war literature.