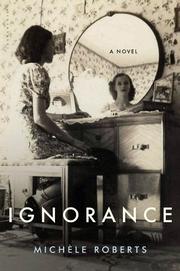 This is a taut, unsentimental story of poverty and prejudice: two girls, one Catholic and the other a convert, grow up in a small town in Catholic France in the period before World War II. The war divides them from each other and their values.

Roberts (The Secret Gospel of Mary Magdalene, 2007, etc.), Emeritus Professor of Creative Writing at the University of East Anglia, was made Chevalier de l’Ordre des Arts et Lettres by the French government. She has written works in multiple genres. In her latest novel, Jeanne and Marie-Angèle attend the convent school in Ste. Madeleine. Marie-Angèle is Catholic and daughter of a local shopkeeper. Jeanne is Jewish and poor. Her mother is a laundress. Though her mother converted, the change made no difference in their circumstances. The style is terse, clipped and idiosyncratic. The mind has almost no place in these characters' hard lives, except in the rudimentary plans for survival, and even these plans are directed towards body modification: The Jews dye their hair blond before preparing to flee. Surreal moments of great power arise from the crushing force the world exerts on characters unprepared, because it is impossible to be completely prepared. The forces of history are relentless, the conditions of poverty grinding.

A worthy novel unusual for its tough-minded, unsparing story and the restrained method of its telling.