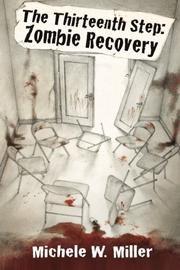 A humorous and surprising satire of both the zombie apocalypse and the culture of addiction.

Bill, a middle-aged man once poised for a promising career in politics, greets several winners of the New York Lottery. It’s become his dubious honor to calm the winners down and get them prepared for the requisite press conference. The characters are always the same: overweight and all too ready to take the lump sum and blow the winnings as quickly as possible. But the striking Courtney catches his eye. He sees there is something different about her. Young and apparently strong, he figures she’ll actually be wise enough to collect her money over time. Bill is so well-rendered and the set piece of the conference—its humanity, humor and banality—so convincing that by the time the lottery winners, reporters and staff members (eventually, the entire city) are brutally ravaged by zombies, it actually comes across as an enjoyable shock. Despite its grizzly gore, the zombie apocalypse here is worn rather lightly, and as Bill and Courtney face their travails in a destroyed city and ponder what has kept them alive, the deeper layers of both humor and allegory arise. Bill and Courtney discover that, despite differences in age and experience, both their lives have been colored by alcoholism and addiction. Courtney, though not seemingly an addict, was reared in the environment of addiction. As they make their way through and away from the city, they collect other survivors, one of the more interesting being a young man they find in a jail cell. He convinces the group that he’s not a killer but a drug dealer by trade, just trying to make his way through the recession. Though somewhat derivative in its treatment of the zombie mythos, the novel’s final passages—with a sharp focus on survivors still learning to deal with addiction and the consequences of self-reliance, denial and dependence—are wholly original and a satisfying end. Despite it being yet another foray into the land of the undead, the care taken in both characterization and prose earns the reader’s time.

A well-written, thoughtful treatment not just of a popular literary trope but of a nagging social issue.