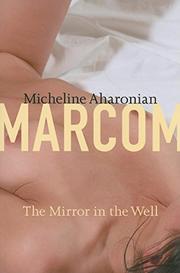 THE MIRROR IN THE WELL

A married woman embarks on a sexually charged, emotionally devastating affair with a foreign-born carpenter.

Living a normal suburban life as wife, mother and successful businesswomen, the striking unnamed heroine of this explicit novella has long been accustomed to keeping her desires under wraps. That all changes big time when she meets a taciturn blue-eyed stranger at a work party. The man, whose country of origin is never revealed, might not be much to look at, but some mutual need draws them together. Soon after, they begin to meet regularly for increasingly kinky adventures. They take occasional road trips together, causing her to lie to both her husband and boss. That the two have little in common matters not, since the sex is so explosive and he taps into something deep and dark in her. Pain, pleasure, power struggles and shame all play their roles in her internal journey, and a childhood trauma is hinted at as well. Their affair effectively ends her marriage, but not his, and much of the subsequent narrative tracks her transformation from a glowing late-bloomer into a jealous, demanding, self-described harpy with an uncertain romantic future. Lannan Fellow and Whiting Award winner Marcom (Draining the Sea, 2008, etc.) bravely explores the transformational and destructive possibilities of lust from a decidedly female perspective, but her repetitive, stream-of-consciousness style too often draws attention to itself. And those preferring to read about joyful couplings should look elsewhere.