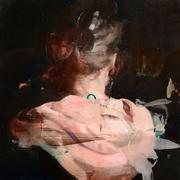 This lush new book of poems, which won the 2018 Catamaran Poetry Prize for West Coast poets, invites readers into a space that’s both contemplative and visceral. From the very first work, “An Hour North of Lee Vining, California,” about fishing in the Golden State, the author’s descriptions evoke vivid, lively settings. Religious imagery also abounds, from God’s rampant destruction in the book of Genesis to the stained glass, pews, and cup of Sunday services. Some of Bitting’s lines even read like prayers: “I remember what matters. / Please don’t ever remind me again.” Motherhood emerges as a theme in the latter sections, as when Bitting’s speaker expresses awe at her offspring in “Touched”: “I don’t know how / we got so lucky / to say we know you well when / clearly you are from somewhere else.” A father-son plumbing repair sparks equal amazement at how a fitful teenager became a man who’s patient enough to unclog a sink in “sometimes i want to look away.” In “Everything Crumbling Becoming Something New,” the narrator alternately grieves and celebrates her daughter’s declaration that she wants to be a boy: “woman   now man / all your multitudes   I’m learning to sing you,” the poet writes. Throughout, the metaphors are masterful and fully engage all the reader’s senses; water balloons are “watered organs that want to burst” (“What the Rain Made”), female genitalia is a “vinegar cave” (“The Slaying”), and coffee is “dark fluid sun” (“After”). Bitting is a seductive writer who eases readers into the darkest depths; she’s able to open a poem in the seemingly benign setting of a high school darkroom and end it with the untimely death of a brother in Yosemite. Fans of Sharon Olds’, Margaret Atwood’s, and Louise Erdrich’s poetry will find much to admire in Bitting’s vulnerable, emotive free-verse style.

A glorious set that weaves together the ethereal, earthly, and mundane.