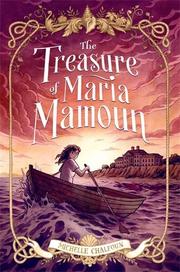 THE TREASURE OF MARIA MAMOUN

It’s hard to explain why this book feels quite as old-fashioned as it does.

The treasure hunt is a reliable plot device. It’s been used in Treasure Island and episodes of Scooby-Doo. But it seems jarring here, maybe because the rest of the book feels so modern. Maria Mamoun, a Lebanese–Puerto Rican girl, lives in a New York that actually resembles New York, with an “America, Spanish, and Middle Eastern Grocery,” mean girls, and a mother who works two jobs. But when Maria and her mother move to Martha’s Vineyard (where they’re one of the few nonwhite families), Maria discovers an old parchment map with cryptic clues on the bottom. This is where the plot device becomes a problem: if there’s buried treasure on Martha’s Vineyard, the book will feel hokey and contrived. If there isn’t, the ending will feel like a disappointment. The climax of the story turns out to be logical but not quite satisfying. That’s partly because it’s telegraphed in advance but mostly because Chalfoun has relied on another old device: the sitcom plot. If the characters ever actually talked to each other about the rash decisions they were making, the story would fall apart.

The plot mechanics may not hold up to scrutiny, but the puzzles are clever, and Maria’s adventures are genuinely thrilling; that sort of storytelling never gets old.