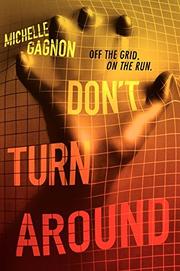 From the Don't Turn Around series, volume 1

Teenage hackers Noa and Peter band together for vengeance and discover an inconceivable conspiracy.

Sixteen-year-old computer whiz Noa Torson has escaped the Child Protective Services system by creating a fake foster family that includes a reclusive, freelance IT-guy of a father who draws a tidy salary working “from home”; she thinks she’s safe. When she wakes up in a hospitallike operating theater with no memory of how she got there, she doesn’t take the doctors’ lame explanation that she was in a car accident and uses her smarts to escape. Meanwhile, Boston child-of-privilege Peter pokes around his father’s files and is interrupted by armed thugs who break down the door and storm off with his computer (leaving a warning for his parents). Peter enlists his hacktivist group /ALLIANCE/ (of which Noa is a member) to, first, research the subject of those files and then to attack his attackers via the Net. The attack only serves to dig the teens in deeper when they uncover a frightening conspiracy of human experimentation and corporate malfeasance that could mean a quick death for them both. Adult author Gagnon’s YA debut is a pulse-pounding scary-great read. The strong characters and dystopian day-after-tomorrow setting will have teens begging for more. The slightly open end leaving the possibility (but not necessity) of a sequel will rankle some; others will just breathlessly smile.

Girl with the Dragon Tattoo for preteens and teens, a surefire hit.