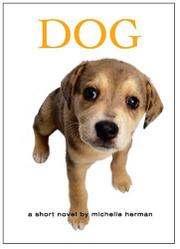 A brief, winsome novella about an English professor at a midwestern college who gets a dog instead of a life.

At almost forty-five, poet and academic Jill Rosen, after six years at her college tenured on the basis of “Great Promise,” is not turning out very promising in a hurry. Originally from Queens, Jill has found a dog on a foster-care site on the Internet and ends up with a mutt that surprisingly is both intelligent and devoted to her—a dog, like her, “with dignity.” Revealingly, she names it Phil, after the first names of authors whose books she keeps on her bedside table (Larkin, Roth, Lopate, Levine), though the name actually represents most memorably her first unpleasant boyfriend, Philip the first, a poet and Brooklyn College student she dated miserably for a year in New York. Yet neither Philip nor any of the other men she’s dated has been good, Rosen offers with a tinge of self-pity (“Single-minded in their dedication to all-himness”), and though she drinks a bit too much wine at night before walking Phil and feels as warmly toward her students as if they were her own children, she comforts herself with the thought that she wouldn’t be tempted to change lives with a single one of her friends or colleagues. In the end, this latest from academic Herman (Missing, 1990) adheres to a telling instead of showing: it’s frustratingly interior, hermetically so, and feels interminable even though quite slim. The narrator’s ruminations on colleagues and even her brother—a professor of linguistics who has a family and lived “in a more interesting city and earned more money than Jill did”—come off as mean-spirited and gossipy. The reader wishes in this rare instance that the lonely spinster professor would meet someone—any human would do—but, no, the dog has taken over her life, and she’s entirely happy about it.

A dry, internal work about the underappreciated and underloved.