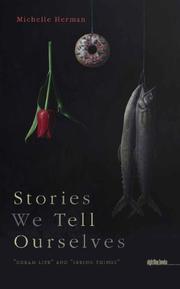 STORIES WE TELL OURSELVES

This slim volume includes two extended essays, incisive and conversational, that have plenty of connections between them.

Both “Dream Life” and “Seeing Things” were previously published in different form, but they complement each other as if they were two sides of the coin of the unconscious, the former focusing on dreams and how they work and what they mean, the latter illuminating a rare (or is it?) perception disorder that serves as a more general metaphor. As a writer (of fiction and memoir) and teacher of writing, Herman (Dog, 2005, etc.) confesses that she isn’t a specialist in these areas, that she has a “lack of expertise, paired with plenty of ideas…that combination of knowing little and having theories and opinions about much.” Yet her opinions are often revelatory and help her overcome the challenge that is central to the first and longer essay, that “nobody wants to hear anybody else’s dreams; everyone wants to tell his dreams to somebody.” So even as readers are threatened with drowning in details about the author’s dream of her grandmother, such specifics lead to the universal understanding that “understanding one’s dreams is more like reading Wallace Stevens—or looking at a painting of Mark Rothko’s—than it is like the one-to-one correlation…of translation. To make ‘sense’ of our dreams, we don’t interpret them so much as we feel our way through them.” The second essay proceeds from the way her daughter occasionally sees things (and her mother in particular) as much smaller or larger than they really are. What initially seems rare, even unique, turns out to be surprisingly common, as so many with whom they share this experience say that they, too, have had it and thought they were the only one. It even has a name: “Alice in Wonderland Syndrome.” Eventually, the author realizes that there are “no experts when it comes to the way our minds work. It turns out that your guess really is as good as mine—or as good as a neurobiologist’s.” An engaging companion offers a spirit of shared humanity.