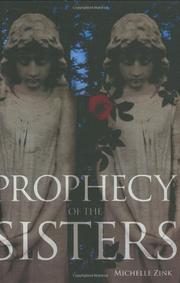 PROPHECY OF THE SISTERS

Everything changes for 16-year-old Lia Milthorpe when her father dies under mysterious circumstances, leaving her orphaned along with twin sister Alice and younger brother Henry. Hours after her father’s death, a mysterious mark appears on her skin, which she recognizes as the mythical Jorgumand—a snake eating its own tail. Thus begins the unfolding of the Prophecy of the Sisters: Lia learns that she and Alice are the Guardian and the Gate—one good, one evil—who will either prevent evil Souls from entering the world or bring about the end of the known world. Which twin is meant to fulfill which role? She is uncertain whether to tell her beloved bookseller James about her suspicions. She narrates her tale in a late-Victorian voice, describing the enigmatic adults who help her and who have their own roles in the Prophecy. From dangerous séances with deadly consequences to coldblooded sibling murder, this tale is extremely dark, but Zink’s methodical unfolding of events will draw readers in. The ending primes for an anticipated sequel. (Fantasy. YA)