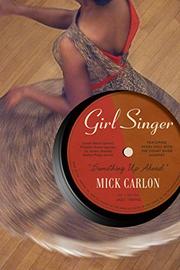 When a jazz musician walks into the Harlem restaurant where 19-year-old Avery Hall works and leaves behind his phone number, Avery’s life changes forever.

Hired to be a singer for Count Basie’s band, Avery’s world expands as she goes on tour and travels from West Virginia to New Orleans to the Jim Crow South. When she finally retires years later with a few bestselling records under her belt, she meets Karl, a German Jew who's fled Nazi Germany and spent time in Shanghai. Together, the two of them, a black woman and a white man, learn what it means to fall in love in a world where racism is the norm. Carlon (Travels with Louis, 2012, etc.) covers an unbelievable amount of ground in one novel. Through Avery’s retelling of her life, he explores how race relations differ across America and the plight of Jews in Hitler’s Germany and China, all accompanied by the deep, steady thrum of jazz in the background. Carlon conscientiously checks off each item on the list of social ills, but he skates over the nuances. But then, it’s entirely believable that Avery Hall, jazz singer, retelling the events of her life, would be entertaining without imparting any greater truths to her readers. Carlon slips easily into Avery’s voice, and he shines when he describes the music. Aficionados will enjoy the hat tip to greats such as Billie Holiday and Ella Fitzgerald, but casual readers might find their cameos slightly unbelievable.