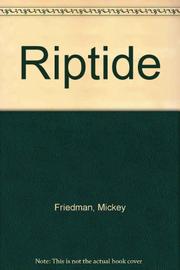 Laid off from her New York job, plucky artist Isabel Anders allows herself to be drawn back to Florida to take care of her disoriented aunt Merriam, who'd disinherited her after she eloped as a teenager. But Merriam's death only confirms what Isabel had already begun to suspect: that Merriam was attacked by someone desperate to protect some secret she'd stumbled on. The most likely candidate: a clandestine salvage operation from the Spanish ship Esperanza. But if Merriam's own perfectly preserved porcelain jar came from the wreck, why has Isabel's childhood lover, charter captain Harry Mercer, been unable to dredge up anything but useless fragments? And what has the salvage operation got to do with escaped convict Buddy Burke, who's taken off from his Tallahassee work-release job when his daughter Kimmie Lee writes to complain about her mother's lover (``He's not my daddy,'' she glaringly tells Isabel) and ask for a pair of drum majorette's boots? Friedman (A Temporary Ghost, 1987, etc.) provides an engaging heroine, an offbeat supporting cast, and just enough mystery to keep them occupied.