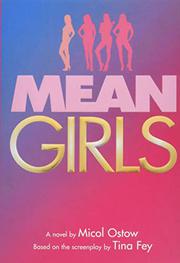 In this novelization of the 2004 movie of the same name, readers are treated to the film’s events from multiple characters’ viewpoints.

White 16-year-old American Cady Heron grew up home-schooled in “Africa,” where her researcher parents evidently studied both the Maasai and animal behavior. They’ve returned to the States, and Cady is off to public school. She’s nervous about the change but reassures herself. She survived the African wilderness; high school couldn’t be much worse. New pals—arty Janis and gay boy Damian—fill her in on the school’s hierarchy. The Plastics are the school royalty, led by cruel queen bee Regina George and her sycophants, ditzy but oddly insightful Gretchen and sweet but not-so-bright Karen. Regina pulls Cady into her inner circle, but when Cady winds up on the receiving end of Regina’s nastiness, Cady launches a revenge plan to take Regina down a few pegs. However, she risks losing herself in the process. Gretchen’s Valley girl–speak and Janis’ acerbic wit are the most notable voices in the alternating first-person narration, which also includes Cady, Regina, Damian, and others. Hilarious text messages, emails, Regina’s mother’s ridiculous to-do lists, and newspaper articles bring in minor characters’ perspectives. North Shore High is racially diverse, but each of the primary character-narrators is white.

Nothing spectacular, but the movie’s many fans will have fun.