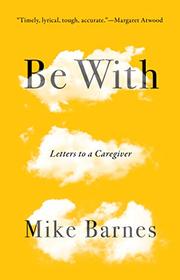 A meditation on how each Alzheimer’s patient is a unique individual, though the stages through which they pass and the toll that these take on everyone involved is nearly universal.

A Canadian poet, novelist (The Adjustment League, 2016), and memoirist, Barnes explains that he is “sending you the news I needed to hear myself” in coming to terms with the Alzheimer’s that his 91-year-old mother, Mary, has been battling for eight years. The particulars of Mary’s dementia give this brief book universal appeal. The author effectively humanizes himself as a man who has made errors, who wishes he had done things differently, and who has his own psychological burdens to bear. “How many persons with dementia are in the room?” he asks. “Sleeping so little, keeping so much in your head, your thoughts are often confused and scattered….You are isolated. You’ve stopped seeing friends. They know nothing of this life, and you know nothing else. Your pastimes together are just that: past times.” Yet this is by no means a book of complaint, or even one about loss, as Barnes stresses how much he has learned from the experience—about Mary and about himself and “of some of the wholly unexpected riches Mary found in the cave of dementia. How she brought them out to glitter in the sun.” There is a rich backstory to which this elliptical account hints: Mary’s Depression-era upbringing, her long marriage and recent widowhood, the violence of the outbursts she can no longer control, and her tenuous hold on identity, both her own and anyone else’s. “Are you my father? she would ask. My brother? My husband? My grandfather?” writes her son. “My age went wheeling around along with my name.” Yet Barnes and his mother sustain a solid relationship and find moments of grace.

A book that tells the reader that you are not alone, whoever you are.