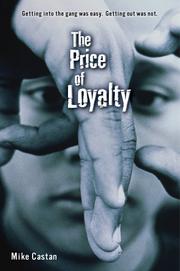 THE PRICE OF LOYALTY

When peer pressure draws seventh grader Manny into a gang with his Latino friends, he must make difficult decisions.

Life in elementary school was simple compared to the first weeks at Orbe Nuevo Middle School. Mexican-American Manny and his childhood friends have inexplicably formed the Conquistadors. In quick succession, his friends are shaving their heads, tagging bridges, starting fights and looking for trouble. Manny, conflicted by an inner dialogue that rarely matches his actions, shaves his head but manages to stay on the periphery of the book’s prejudice, violence and profanity. Soon, his friends have talked him into buying marijuana on credit from another student. Within months, the other boys have switched from “herb” to meth. A final fight leaves two boys hospitalized and forces Manny to decide who his friends really are. Conveniently, Castan supplies a girlfriend and a new African-American neighbor. In this heavy-handed treatise against gangs and drug use, the debut novelist perpetuates the same negative images that Latino teens face daily in the media. The text is an onslaught of Latino caricatures: gullible, unemployed women cooking in the kitchen, abusive, alcoholic men running illegal businesses and young adult males serving time in prison. For a realistic and well-written novel with similar themes, try Victor Martinez’s Parrot in the Oven (1996).