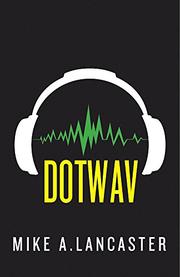 by Mike A. Lancaster

Combining a love of science fiction with modern technology and some very original thinking, this novel takes a look at some of society’s preconceived notions from a slightly off-kilter view.

Biracial English 15-year-old Ani Lee is used to taking care of herself: her Vietnamese mother is hospitalized in a mental institution after a horrible suicide attempt, and her white father is off pursuing some shady business ventures. For Ani, hacking into restricted websites is both easy and good fun, though her best friend and hacking partner is someone she’s never met. But when he sends her a secret .wav file, Ani finds out how alone in the world she really is, because now men with guns are trying to kidnap her for that file. It’s only by chance that she runs into 17-year-old Joe Dyson, a white American living in London, at an underground concert. Joe is an operative for the Youth Enforcement Task Initiative, a secret section of British Intelligence, who goes where only teens can blend in. Together, they have to solve exactly what the .wav file is, who wants it, and what makes it so important. Too many lives are at stake and someone’s pulling the strings, using music to gather the world’s youth into one massive, mindless army. But whose? The third-person narration alternates between Ani and Joe, weaving both psychological back story and futuristic sci-fi elements through the story. Though it takes its time, it never drags, parceling out plot details and worldbuilding in classic thriller fashion.

This one’s a page-turner.