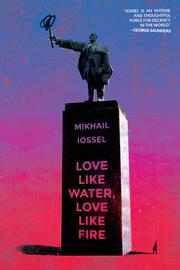 Thirty years after the publication of Every Hunter Wants To Know, Iossel, who was born in 1955 and immigrated to the U.S. in 1986, offers another engaging collection of stories evoking his Soviet childhood and young adulthood. Jewish identity is a recurring theme: In “Necessary Evil,” parents surprise their 9-year-old son by telling him that he is a Jew. Encouraging him to “embrace it unreservedly, because it defines by far the most important part of you,” they assure him that Jews are “covert agents” to promote good in the world. Yet the news is unsettling for a child who sees blatant anti-Semitism everywhere. What if all the Soviet people who deride Jews are right? he wonders. Besides, as the narrator of “The Night We Were Told Brezhnev Was Dead” reflects: “Hardly any one of us knew the first thing about Jewish history or a single word of the Jewish language, which was called Hebrew and was banned from private study.” As a Jew, he feels especially vulnerable to the state’s repression: “All of us Soviet people existed largely at the mercy of the KGB”—especially Jews. Yet the Soviet Union insisted it was a “society of ultimate justice,” in contrast to America, “a dark, dangerous, ominously rumbling, potentially deadly word.” America was to be hated, and “ordinary oppressed, exploited, proletarian Americans” were to be pitied. While many stories illuminate the absurdity of Soviet society, Iossel conveys the brutal oppression of the surveillance state most intensely, and hauntingly, in the title story: an internal monologue by a wife fearing that agents have come to arrest her husband in the middle of the night. “Anyone can be disappeared at any time,” she thinks, knowing that she will be taken soon after, their orphaned children will be indoctrinated to hate them, and no one will care.