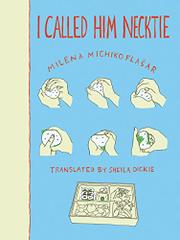 I CALLED HIM NECKTIE

Hiro and Tetsu meet at a park and for two weeks cautiously observe each other on opposite benches before engaging in conversation. Hiro, a hikikomori or shut-in, hasn’t left the confines of his bedroom for two years, except to use the bathroom and receive trays of food his mother leaves outside his door: “When I think back to that first walk out, I feel as if I was a figure in black and white walking through a color film. All around the brightness screamed.” Tetsu, whom Hiro nicknames Necktie, has recently lost his job and spends his days at the park to avoid his wife, Kyoko, who thinks that when she sends him off in the morning with a bento lunch, he’s heading to work: “So long as there is hope, I’d rather not know how it would be if I told her the truth.” Illusions and feigned indifference trap both men like insects in amber, until Hiro nods an invitation to Tetsu to share the same park bench. What follows is a delicate courtship in which suspicion and judgment give way to a gracious, endearing friendship. As Hiro and Tetsu eulogize loved ones and confess personal failings, they release each other from sorrow. Flašar, a Japanese-Austrian novelist who was longlisted for the German Book Prize in 2012, captures their narratives with spare, sparkling prose in 114 poetic chapters.

The quiet reflection of this jewel of a novel is revelatory, redemptive and hypnotic until the last word.