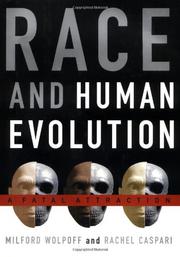 If science thrives on controversy, then this study is surely the latest blow from the ``multiregional evolutionary hypothesis'' corner, duking it out with the Out-of-Africa champions. Husband-and-wife anthropologists Wolpoff and Caspari (both at the University of Michigan) are out to set the record straight and defend paleoanthropologists (read fossil analysts) against the molecular biologists for whom DNA evidence is the sole desideratum in resolving human origins. In essence, the authors assert that while Africa may have been the birthplace of our species, there have been multiple migrations out of Africa. These have resulted in regional populations, allowing useful physical and behavioral adaptations to develop. But constant movements of peoples, especially at the edges of the regions, guaranteed a mixed gene pool (we even carry Neanderthal genes, according to this theory), so that the concept of pure races is erroneous. In contrast, the DNA folks base their position on an analysis of mitochondrial DNA, which is inherited only through the maternal line. African samples show considerable DNA variation, while the rest of the world is remarkably similar. Ergo, we are the progeny of several ladies out of Africa who settled in different regions and developed separately, replacing rather than mixing with other populations. According to this theory, the species Homo sapiens is of relatively recent vintage, though racial differences are still considered insignificant. So who is right? Wolpoff and Caspari fault the DNA analysis and the times and dates proposed, as well as offering alternative arguments for the genetic data in terms of population sizes, genetic drift, and so on. In the end they are not convincing. (This is not to say that the molecular biologists don't need more data and better computer programs and that they really ought not to be so adversarial.) Readers can rest assured that the last word has not been heard.