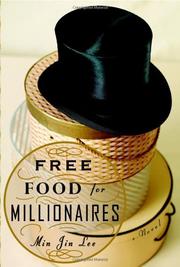 Lee’s debut is an epic-scale hybrid of the 19th-century novel (Middlemarch is oft-cited here) and Bonfire of the Vanities, but it lacks Eliot’s literary polish and Wolfe’s exuberance.

Casey Han is a recent Princeton graduate, daughter of Korean-born owners of a Manhattan laundry who want their daughter both to cleave to tradition and fulfill the immigrants’ ethic of success. But rebellious Casey has rubbed shoulders too long with the rich and privileged, and she finds herself back in New York City with “no job and a number of bad habits.” One bad habit is her white Master-of-the-Universe boyfriend, whom she catches in flagrante with two LSU coeds; another is a fatal taste for the posh life, especially haute couture. In a terrifying first scene, Casey quarrels with her father, who strikes her hard across the face, then banishes her. The rest of the book shows Casey navigating her 20s: There are erotic entanglements, employment woes, the delicate negotiations of family life. Casey’s an appealing heroine, but the book strays from her story: Lee adopts an omniscient voice that swoops into the consciousnesses of dozens of characters, often unpersuasively. Few minor characters rise above stereotype or expectation. Still, some elements—Casey’s struggles with faith, her tempestuous relationship with her mentor/benefactress, a department-store mogul—are handled with a subtlety that bodes well for future books.

Fitfully entertaining but not extraordinary.