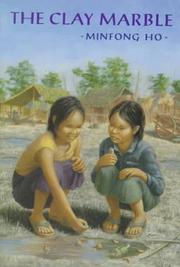 Drawing on her experience with a relief organization on the Thai border, Ho tells the story of a Cambodian family, fleeing the rival factions of the 80's while hoping to gather resources to return to farming in their homeland. Narrator Dara, 12, and the remnants of her family have arrived at a refugee camp soon after her father's summary execution. At first, the camp is a haven: food is plentiful, seed rice is available, and they form a bond with another family- -brother Sarun falls in love with Nea, and Dara makes friends with Nea's cousin, Jantu, who contrives marvelous toys from mud and bits of scrap; made wise by adversity, Jantu understands that the process of creation outweighs the value of things, and that dead loved ones may live on in memory. The respite is brief: Vietnamese bombing disrupts the camp, and the family is temporarily but terrifyingly separated. Later, Jantu is wounded by friendly fire and doesn't survive; but her tragic death empowers Dara to confront Sarun, who's caught up in mindless militarism instigated by a charismatic leader, and persuade him to travel home with the others—to plant rice and build a family instead of waging war. Again, Ho (Rice Without Rain, 1990) skillfully shapes her story to dramatize political and humanitarian issues. The easily swayed Sarun lacks dimension, but the girls are more subtly drawn—Dara's growing courage and assertiveness are especially convincing and admirable. Touching, authentic, carefully wrought- -and with an unusually appealing jacket. (Fiction. 11-15)