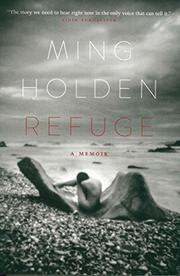 A chronicle of the author's global interactions.

As a creative writer, activist, educator, and humanitarian aid worker, Holden’s life is a prismatic tapestry of moods, relationships, travel, and culture. In a collected series of essays and anecdotal meditations, she chronicles the many paths her travels have taken her, including time spent as an art model, crossing the border from Turkey into a Syrian “war zone” camp, and in Northern California, where she lives with her cousin. The author’s observations of Syria are intricately drawn and compassionately depict the area’s war-torn people and their seemingly “bleak future.” Holden’s creation of Survival Girls, a women’s theater group for Congolese refugees in Nairobi, Kenya, forms the backdrop for several anecdotes about female empowerment and enlightenment through performance and improvisation. Her writing is consistently and impressively flexible, wrapping around subject matter from varying corners of the intellectual and emotional spectrum. Reflections on the complexities of political exile in Inner Mongolia run alongside accounts of several visits to Bolivia, where she receives a message from a male ex-lover who broke her heart but with whom she commingled after breaking up with a clingy girlfriend. The author also presents thoughts about the Ferguson unrest and memories of planting seedlings on an island off the coast of Maine, a place where “ghosts are loosened.” Holden’s inspired prose forms a kaleidoscope of emotion, oscillating from the elegiac to the gorgeous to the humorous and self-deprecating, as when she describes her naiveté when first approaching Syrian soil: “I have no poker face and all the diplomatic discretion of Honey-Boo-Boo.” Discussing the shock of being 12 days pregnant, she writes how she composed a poem “to the unborn child I wasn’t ready for, whose mother wouldn’t have a house, a viable income, or a spouse.” Overall, the collection is poetic and entrancing, and the author’s experiences are deep and affecting. Though her travels may not personally affect every reader, her sensorial imagery of them will be contemplated with artful appreciation.