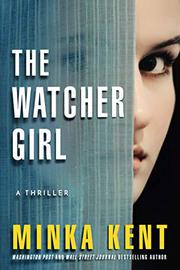 A woman who has returned to the childhood home she hates determined to set an old sin straight finds things working out rather differently.

Grace McMullen certainly had her reasons for leaving Monarch Falls behind. Her adoptive mother, Daphne, had been convicted of killing her adoptive father’s latest mistress, Marnie Gotlieb, and the scandal was spread from coast to coast by journalist Dianna Hilliard’s bestselling Domestic Illusions: The Daphne McMullen Story, which sanctified Daphne and crucified Graham McMullen. Never having felt related to a single person, not even Daphne and Graham’s daughter, Rose, Grace headed for the West Coast and became an internet sanitizer who makes a good living by hunting down and deleting compromising online material on her clients. Now she’s come back to Monarch Falls, turning up without warning on the doorstep of Graham and his current wife, life coach Bliss Diamond, to apologize to Sutton Whitlock for running out on him eight years ago—not because she didn’t love him, but because she was totally wrong for him. By the time she gets her first glimpse of her old beau, however, her mission has already changed: to rescue Sutton’s perfect wife, Campbell, from what’s clearly an abusive marriage Grace can’t help feeling responsible for. Kent piles on enough domestic complications to make you avoid your own next family reunion before she brings down the curtain with a thud.