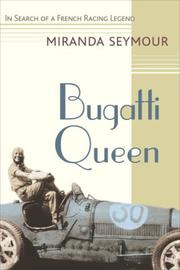 In Search of a French Racing Lesson

Daughter of a French provincial postmaster, Nice (1900–84) gained a certain notoriety as a nude dancer in Paris during the period after WWI (“nakedness, at the upper end of the market which they aimed to please, was softly lit and always in the best of taste”). But once she passed her driving test, it was cars she communed with. When a ski injury ended her career as a dancer, she was more than happy to take up life behind the wheel, with the support of her innumerable lovers. Seymour depicts a dangerous life: Nice arrived at her first Grand Prix after “a mixture of morphine, champagne, and sex had left her wanting to crawl into a coal hole.” She won anyway. Generally considered one of the two finest female racing drivers in Europe between the wars, Nice had to prove her worth time and again, on terrifying dirt tracks that claimed life after life and on claustrophobic speed bowls. She was one of the very few women who dared to race against men. Seymour adeptly paints Nice’s decline and fall. In 1936, she suffered a horrible accident in Brazil; a photo shows her cartwheeling from her auto in the midst of a high-speed crash. Later that same year, she was investigated for smuggling cars. Then, most damning, in 1949 Nice was publicly denounced by a fellow driver as a former Gestapo agent. Seymour thinks not: “ . . . her collaboration, if she was guilty of it, might only have taken the pragmatic form of being on good terms with the occupiers. She liked enjoying herself.” The accuser withdrew his allegation, but Nice’s career was over; she died penniless and forgotten.

A stunning portrait, intriguing with unanswerable questions. (Photos throughout)