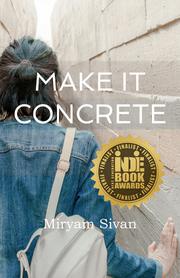 A Jewish ghostwriter for Holocaust survivors becomes haunted by her mother’s silence regarding her own family’s experiences during World War II in this novel.

Isabel Toledo grew up in New York City but relocated to Israel, chasing her obsession with providing written testimony on the behalf of survivors of the horrors of the Holocaust. She’s been at this work for 20 years, relentlessly tackling the tempests of the past. But she’s become cumulatively depleted and is encouraged by many to give up what her mother, Suri, calls a “morbid preoccupation.” Yet she can’t let go: “Twenty years of slipping into survivors’ lives, a warm body between cold sheets, was taking its toll on her. And that mortified her. How dare she complain of hardship?” What Isabel really pines for is to unlock Suri’s “badly sealed pain.” Suri never discusses her experiences during the war, though Isabel has managed to cull meager scraps of information. Suri’s mother, Bella, died in Ukraine while Suri survived somewhere in Siberia. For Isabel, a professional archaeologist of buried secrets, her mother’s silence is profoundly exasperating. David, her often absentee father, has been dead for years and was also intensely private, a historical abyss as well. Meanwhile, Isabel turns to sex to “ground down the pain” of her family’s inadequacies, in particular her mother’s “detachment.” Isabel has an “official boyfriend,” Emanuel, though their relationship has grown stagnant, and two younger paramours on the side. But even her sex life is tinged with the darkness of her monomaniacal interest in the Holocaust, with her predilections depicted with unsettling artistry by Sivan (SNAFU and Other Stories, 2014). The author deftly conjures an atmosphere of formidable inscrutability—Suri’s pain is all the more palpable since it’s unshared. The author’s story is crackling with authentic life—her characters are full and deep, brimming with pathos and eccentricity. And while the traumatic legacy of the Holocaust is well-traversed terrain, Sivan forges a refreshingly original path of her own.

An emotionally wrenching account of the battle between wounded reticence and a desire for truth.