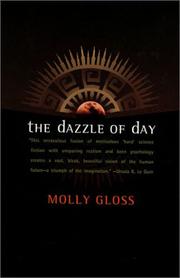 THE DAZZLE OF DAY

Multigenerational starship yarn, a first science fiction venture for the mainstream author of The Jump-Off Creek (1989), etc. After 140 years traveling through space, propelled by its solar sails, Dusty Miller finally draws near a new world. Derived from Esperanto-speaking New World Spanish, English, Norwegian, and Japanese Quakers, the spacefarers have lately been subject to fits of suicidal malaise. The most recent victim is Al Poreda, who, while adjusting the ship's solar sails, cuts open his spacesuit with a knife. His body is retrieved by Juko, whose husband, Bjoro, is heading for New World in an exploratory lander. But the lander crashes, killing two crew members, and Bjoro must be rescued by balloon. Meanwhile, aboard ship, discussion about New World continues: The planet is cold and inhospitable, and some people advocate passing it by to seek out yet another planet. Juko's ex- husband, Humberto, ponders a range of arctic plants that might survive on New World and considers how geothermal power could be harnessed, while others prefer a more naturalistic approach. Bjoro returns changed; he forces himself upon Juko. A plague takes hold aboard ship, some people blaming Bjoro for bringing it back from the planet. Humberto has a stroke. Meetings continue. Life goes on. Either a meticulous, utopian study of character and society whose natural mainstream audience won't relish the sf setting, or an sf adventure unsatisfyingly deficient in incident and up-front problem-solving. Your move.