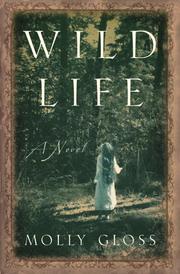 Cigar-smoking, feminist writer of dime-store adventure novels for women meets Bigfoot in 1905: from the author of The Jump-off Creek (1989) and The Dazzle of Day (1997).

Freethinking widowed mother-of-five Charlotte Bridger Drummond lives in Washington State by the shores of the Columbia River. A prolific diarist and successful writer, Charlotte's devastated to learn of Jules Verne's death. Her housekeeper, Melba, has a sickly daughter, Florence, whose violence-prone logger husband, Homer, decides to take their daughter Harriet with him to the logging camp. Harriet subsequently disappears, amid reported sightings of strange, huge, shaggy humanoids who, the searchers surmise, may have carried the girl off. Days later, the hunt has produced no sign of Harriet, and Charlotte decides to help. Indifferent at first to the exclusively male ambiance of the logging camp—the sole other female looks and acts like one of the boys—Charlotte, unsettled by an attempted sexual assault, learns to carry a big knife. The search area is difficult country, volcanic and precipitous, riddled with lava tubes, and in bad weather Charlotte becomes separated from her search partner. Thoroughly lost, Charlotte flees from a terrifying storm, abandoning matches, boots, food. Starving and desperate, she encounters a group of huge, hairy humanoids. These gentle, shy, intelligent creatures gradually accept her presence, helping her find food as she forages alongside them, permitting her to sleep with them in the fetid warmth of their dens; she comes to share their terror of humans and the reason for that terror. Eventually, Charlotte returns home, her outlook profoundly altered: discarding trashy fantasy, she writes beautiful, intense, profound stories.

Never has there been a more authentic, persuasive, or moving evocation of this elusive legend: a masterpiece.