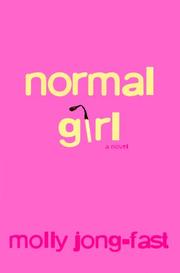 The 20-year-old Jong-Fast (daughter of Erica Jong and Jonathan Fast) makes her literary debut with more style than substance in this slim novel about the travails of a privileged, seriously addicted young woman making the scene in New York’s kiddy society.

Convinced she murdered her boyfriend with an air-bubble in his syringe, Miranda Woke, a tediously decadent 19-year-old who’s been mentioned 16 times on the New York Post’s gossipy “Page Six,” arrives at his funeral with claws bared. She casts a jaundiced eye at the well-heeled mourners on their cell phones, describes their reprehensible and scandalous habits in great detail, and keenly observes their sagging and surgically enhanced flesh clothed in the latest name-brands. Her friend Janice retires to the bathroom to fix heroin; Miranda joins her to snort some cocaine; and so it goes. She has famous, much-married parents who don’t love her, and she in turn doesn’t love anybody, especially not the one person in her life who seems to care at all: ex-boyfriend Brett. Brett is a “Five Towns Jew” who was born to be a podiatrist but instead covers mattresses with frosting and calls himself an artist. Miranda, however, has only one goal: to stay high and in denial (though she does have a typical trust-fund job in an art gallery), and, toward that end, she ingests gallons of vodka, along with a laundry list of illegal substances and prescribed psychotropic drugs that make their way to her from places ranging from tony Greenwich, Connecticut, to the sidewalks of Soho. Will this girl come to her senses in time to save herself? And just how much of Miranda Woke is Jong-Fast? Unfortunately, the second question is more interesting than the first.

The young author’s prose displays a reckless energy and clever turns of phrase that bode well for future work, but this first attempt is cartoonish, derivative, and immeasurably too familiar.