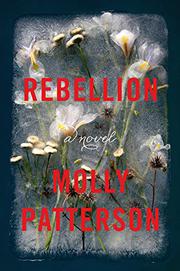 Patterson’s debut novel sprawls across decades and continents, from the American heartland to the far reaches of China, to follow the lives of four women—some related more closely than others—who remake themselves as circumstances allow or require.

When 84-year-old Hazel goes into a nursing home in 1999, her children arrive to close up her farmhouse in Edwardsville, Illinois, and find relics of a past they can’t fully understand. Abruptly the story shifts to Illinois in the 1890s, as Hazel’s mother, Louisa, who has moved from Ohio to farm with her husband, receives letters from her sister Addie, who's living what seems to Louisa an exotic life in China with her missionary husband, Owen, and two sons. Another abrupt shift takes readers to 1998 China as recent college graduate Juanlan reluctantly returns to her provincial hometown to help her parents run their small hotel. While Louisa settles into a mostly contented life, the stories of Hazel, her aunt Addie, and Juanlan, whose physical connection to the others is slim at best, follow a similar thematic arc. Each recognizes that she may have more than one identity, each shrugs off passivity to take control of her life, and each is influenced by a deep relationship with another woman as she falls into an unexpected love affair. Respected widow Hazel carries on a long, secret love affair with her best friend's husband; dutiful daughter Juanlan forges a bond with her rebellious, pregnant sister-in-law while finding herself attracted to several different men; and most dramatically, Addie abandons her family to travel across China beside a woman missionary with whom she's fallen in love. Despite minor quibbles—at times Patterson gets stuck in the weeds of daily minutiae, and outlier Louisa, satisfied in her quiet life, remains undeveloped—Hazel’s, Juanlan’s, and Addie's stories could each stand alone as an involving novel.

A talent to watch, Patterson manages to travel broad swaths of history and geography while creating intimate moments with a refreshing lack of sentimentality; and the novel's sense of adventure makes it addictive reading.