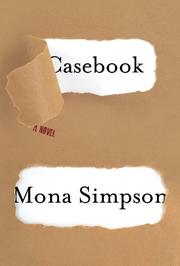 A child of divorce turns private eye in the latest well-observed study of domestic dysfunction from Simpson (My Hollywood, 2010, etc.).

In some ways, Simpson’s sixth novel marks a return to her first, Anywhere But Here (1986), which also features a teenage narrator struggling to comprehend a parental split. But the new book is more high concept, framed as a detective story about discovering the deceptions that can swirl around relationships. The narrator, Miles, is a bright LA high schooler who’s prone to precocious antics like a money-making scheme selling lunches out of his locker. He’s also picked up a more questionable eavesdropping habit, listening in on his mathematician mother’s phone conversations after her marriage collapses and she pursues a new relationship with Eli, whose intentions and background strike Miles as questionable. With his friend Hector, he processes his confusion both artistically (via a comic book they create together) and pragmatically, befriending a PI who helps them get to the bottom of Eli’s background. The setup is ingenious on a couple of fronts. First, making the tale a mystery adds a dose of drama to what’s otherwise a stock plot about upper-middle-class divorce. Second, Miles’ snapping to the role of secret eavesdropper and researcher underscores how alienated he is from his mother’s confusion and heartbreak. Simpson presents Miles’ tale as slightly comic; this is a story of teenage misadventures, after all. But as the truth about Eli emerges and Miles gets wise to reality, she shifts into a more serious register. “Everyone had secrets, I understood, now that I did,” Miles explains. “With that one revelation, the world multiplied.” Simpson’s attempts to add a metafictional touch via Hector’s footnote comments feel half-finished, but overall her command of the story is rock-solid.

A clever twist on a shopworn theme by a top-shelf novelist.