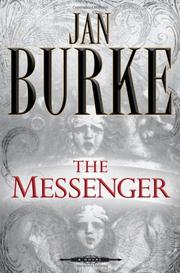 Almost two centuries after he started doing the dreary work of the Messenger, Tyler Hawthorne finds himself stalked by the Faustian no-good who baited him into it.

Severely wounded in the Battle of Waterloo, young Captain Hawthorne was lying half-buried under a dead comrade when suddenly a hand was extended to him, along with a proposition. He could be hauled free, healed and fixed at age 24 forever. The catch: Tyler had to become the Messenger, someone who serves the mortally ill by appearing at deathbeds whenever summoned, ready to tune into last thoughts and carry out last wishes. Tyler’s benefactor, if that’s what you want to call him, was one Adrian deVille, Lord Varre, who promised that if Tyler accepted the mission, he was prepared to surrender a magical mourning ring, share a portion of his magical powers and, most important, part with Shade, a magical cemetery dog way smarter than most humans. Quelling an instinctive distrust, Tyler accepted the offer. Now, in the early 21st century, he’s managed to complicate his attenuated life by falling in love with adorable 20-something Amanda Clarke, a May and December romance like no other. On top of that, after 194 years—and for reasons readers may have difficulty swallowing—deceitful, black-hearted Adrian wants to renege.