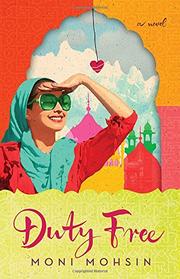 Really, it was mean of her Aunty Pussy to pressure our unnamed narrator into helping with this daunting task. Sure, the family has plenty of money, thanks to Uncle Kaukab’s stint as “chief of central board of revenew” in the ’80s, but Aunt Pussy wants Jonkers “to make a big marriage, na, to a nice rich, fair, beautiful type from an old family.” He wants to marry for love and actually asks his cousin if she is happily wed. Well of course! Husband Janoo may spend a lot of time in “his bore village” and seem disappointed that his empty-headed spouse displays no shred of social conscience or glimmer of intellect as Pakistan goes to pieces in late 2009. What does she care? She has “a big house, servants, social life, status, cars, cupboards full of designer joras and jewellery, and so on and so fourth.” If only the “beardo-weirdos” would quit setting off bombs and threatening girls’ schools, she could seriously enjoy shopping and hanging out with her equally status-conscious girlfriends. Our heroine’s solipsistic diary entries aren’t quite as hilarious as the author imagines, though her mix of Urdu and English filled with misspellings and malapropisms gives a tangy sense of her semi-educated, privileged mindset. Readers may not feel terrible when the narrator and a friend are robbed at gunpoint as they’re having “a good old goss” in her car while a servant buys them fruit. But just as we’re about to write her off, she proves to have a heart and decides to defend the hardworking travel agent Jonkers has fallen for against snobbish Aunty Pussy. Her discovery of an ethical core is a trifle sudden, but Mohsin’s tale is good-natured enough so that we’re happy it ends with a wedding and reconciliations all around.