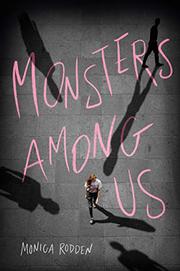 A college student tries to solve the murder in the wake of her own sexual assault.

Catherine, a first semester freshman, comes home reeling from a sexual assault that took place at a college party just before winter break. Shortly after her return, someone close to her is murdered in her Washington hometown. As the police investigation into the murder gets underway, Catherine becomes determined to do her own sleuthing, desperate for answers and an outlet for her trauma. She is helped by Henry, an old friend, and Andrew, a young man who shows up at her house one day to return the coat she left behind in her assailant’s room the night of her assault. The circumstances of Andrew’s untimely arrival on the scene provoke suspicions—was he involved in Catherine’s rape or even the murder? Yet Catherine seems implausibly quick to dismiss these suspicions out of a desire to bring Andrew into the fold due to his close connection to the local police department and thus, clues. The trio’s amateur detective work leaves much to be desired as far as plotting is concerned, jumping from hunch to hunch on minimal evidence, with the bulk of their investigation focusing on abuses of power within a local church. The sexual assault narrative is largely sidelined for the sake of a plodding mystery. All major characters are White.

Ostensibly a thriller, this debut misses its mark.