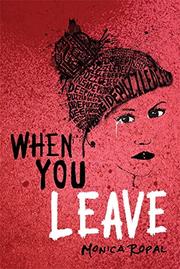 A skater girl–turned–private school coed investigates the death of her two-week-old hookup in this debut.

After her single mom remarries and moves Cass to private school, the teen copes by maintaining her friendships with the male skateboarders from her old neighborhood, including her best friend, Mattie, who has become mute after a bout with throat cancer. In spite of her disdain for St. Bernadette’s, Cass falls for Cooper, an attractive peer counselor who has the bad luck to be murdered two weeks after he and Cass meet. When Cass’ skater friend Gav is accused of the murder, she is determined to clear his name. After many accusations and much lying and sneaking out, Cass ends up getting her biggest clue from a dream, and the murderer is no one readers ever could have guessed. While the story has some satisfying moments, the text is littered with clichés and laughably clunky sentences like “Reality stroked my stomach like a hot poker.” The dialogue is awkward, the secondary characters are hard to distinguish from one another, and it’s difficult to believe that independent Cass would so easily fall for a “[t]ypical pretty boy” who woos her with phrases like “I like you….You have a virtual, I don’t know, rainbow of emotions without even talking.” The most interesting character by far is Mattie, who carries a torch for Cass and communicates with finger taps and shoulder shrugs. Their slowly unfolding romance is the engine that drives this otherwise uninspired mystery.