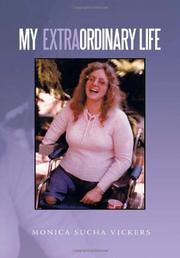 A poignant memoir about the author’s struggles as a congenital amputee.

Born with no legs and only one arm, Sucha Vickers is all too familiar with the physical hardships facing disabled people. In her insightful memoir, she also details her confrontations with able-bodied stereotypes targeting the disabled. “[T]he absolute worst thing about a disability is that people see it before they see you,” she writes in her typical matter-of-fact style. Vickers believes her disability is the result of her mother taking the anti–morning sickness drug thalidomide while pregnant with her—“She spent a lifetime wishing she could have that one swallow back.” As a child “quite oblivious to the fact that [she] was different,” Vickers took to heart her father’s advice: “Try it first and if you can’t do it, then ask for help.” She could even play baseball and type as fast as her classmates in high school. Reality began to creep in when, as a young adult, she was denied a promotion because her supervisors feared her physical appearance would be a “turn-off” for future job applicants. “I felt like I had been hit by a Mack truck,” the author recalls of experiencing “discrimination in its purest form.” While trying to “live normally in the able-bodied world,” she learned, she says, that “to some people I would never be anything more than the stereotype they created in their mind.” Often, she can’t seem to bridge “the huge gap between what people assume about me and the person I really am.” She nonetheless maintains a remarkably positive outlook: “I do have an extraordinary life.” Vickers wrote this book to keep a promise to her late grandmother, who had been a major influence on her. She’d be proud of how her granddaughter has so effectively helped people see the disabled as they really are—beyond their bodies.

A touching look at the effect stereotypical attitudes have on the disabled.