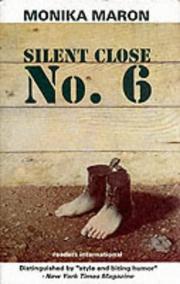 Winner of the 1992 Kleist Prize, the latest novel from Maron (Flight of Ashes, 1986, etc.) continues to probe the grim, repressed world of East Germany under Communist domination, this time from the perspective of a battered survivor. Rosa Polkowski has fallen on hard times in East Berlin—thanks to her decision not to continue in her pointless job as a researcher of fledgling Communist states in post-WW I Germany—when she meets an old man in a cafÇ whom she recognizes as one of the former Communist elite. In spite of her revulsion toward Professor Beerenbaum and what he represents, Rose is unable to reject his offer of employment as the transcriber of his memoirs. Coming to his fashionable home on a regular basis, she performs her task without comment—until a visitor unleashes Rosa's pent-up rage by agreeing with him that the Wall is an unfortunate necessity. Later, in order to contradict his honeyed reminiscences, she confronts him with a sordid memory that he would rather forget—the fact that he sent one of his junior colleagues at the university, now a friend of Rosa's, to prison for mailing a manuscript to the West—and sends the old man into a fit from which he never recovers. She attends his funeral feeling both duty-bound and vastly relieved, and is shunned by the family, but she receives from them the Professor's manuscript, as the troubled but true heir-apparent of his damning past. Relentlessly somber, rife with ambiguity, and with the day of the funeral used as a recurring theme, this is a bleak, biting reminder that the old Communist order has fallen but that its long shadow remains.