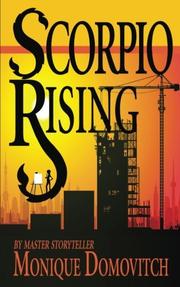 In Domovitch’s debut novel, the fates of an ambitious young American architect and a beautiful Parisian painter intertwine.

The novel tells the parallel stories of Alex Ivanov, who’s at the onset of a promising career in architecture, and Brigitte Dartois, who escapes a string of dishonorable men to make a career as a painter. Spanning from the late-1940s to the 1960s, the novel follows Alex and Brigitte as they come of age, take control of their destinies and begin to see their respective stars rise. Born in poverty to a single, Russian-immigrant mother, Alex single-mindedly pursues his ambition, working night and day to learn his trade and establish himself. With no time for love or marriage, he uses his powerful good looks to seduce and leave a string of women; an entanglement with sexy Anne Turner, a secretary at his firm with an agenda of her own, threatens to cost him his hard-won position. Brigitte, who left home as a teenager, finds a job in a glamorous department store and becomes the target of her married boss’ extravagant attentions; he buys her a new wardrobe and sets her up in a lavish apartment. Upon realizing his motives, she flees to start a new life in Montmartre, selling her paintings in the market. Against the odds, Alex and Brigitte meet in Paris. They’re both uncertain about the future, but they find themselves drawn to each other despite their great differences. The novel has its flaws: The plot and characters are a bit generic, and many of Alex and Brigitte’s troubles result from the machinations of stock villains. The historical period is perfunctorily set, but Domovitch commendably handles the story, weaving together multiple subplots while creating passionate, ambitious characters who fight for what they want. She allows Alex and Brigitte enough complexity to prevent their eventual romance from seeming saccharine, although it’s not clear whether things will turn out well for them. The ambiguity and ominous developments that conclude the novel serve to dramatically set the stage for the novel’s sequel, The Sting of the Scorpio (2011), which follows the lovers to America.

Good old-fashioned melodrama, with plenty of sex and scheming.