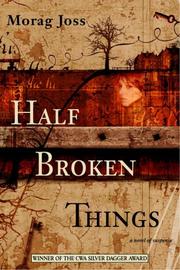 At age 64, Jean, a housesitter for the Town and Country agency, has reached retirement age. Her final job as caretaker of the Walden Manor in Bath allows her to take stock of her paltry spinster existence as an unloved, adopted daughter who creates imaginary characters who care about her. When Jean accidentally shatters a teapot full of keys, she is able to unlock rooms in the beautiful old house where she will reside from January to September; in her extreme loneliness, she begins to assume the identity of the inhabitants, shedding her old clothes and inventing a grown son she once gave up for adoption and for whose return she advertises in a women’s magazine. Two-bit hustler Michael answers the ad, bringing with him a young pregnant woman he has just met, Steph, who is fleeing her abusive boyfriend, and the misfits make themselves happily at home over several months. Joss further complicates the mix by introducing the miraculous birth of the baby in the house, and then its mysterious death, followed by Steph’s determination to become a babysitter for a toddler whose mother is a divorced solicitor. Yet Michael’s past as a thief of religious objects catches up with him when a provincial curate comes to visit, and the threesome’s idyllic front of normalcy collapses abruptly. These are damaged characters in an unforgiving class-conscious society, and despite the hiatus of grace they find together, Joss punishes Jean for her lifelong docility and selflessness. The ending, depressingly, slides into a doomed futility.