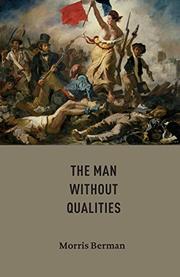 The Man without Qualities

A satirical novel tells the story of a man whose modest social experiment becomes a major political movement.

At 70 years old, George Haskel has just retired from a lifetime of teaching German literature. An American since the age of 5, George nevertheless still finds the United States and its people incomprehensible: a nation in the constant pursuit of money, celebrity, and a vague desire to be found interesting. He devises a plan: “So when I retired, it struck me that it might be fun, in a kind of screwy way, to construct a story about myself as an infinitely dull person, and see what would happen if I were to interact with other people on that basis.” After a trial run leads to a sexual encounter in Mexico, George decides to go after bigger fish: the presidential candidates running for office in America. He manages to disrupt a Hillary Clinton rally, asking the room: why bother? The crowd turns on the candidate, and she undergoes a meltdown that ends her political career. George than embarks on forming the Dullness Institute, an organization that attracts millions of members, including a cadre of celebrity patrons like Susan Sarandon, Philip Roth, and Bill Maher, and sets his sights on the White House. The title references the unfinished Robert Musil novel of the same name, a favorite of George’s that the reader catches him reading from time to time. Berman (Coming to Our Senses, 2015, etc.), a talented writer, creates an attractive comic tone that carries the reader along. Even so, the author’s satire isn’t as biting as he wants it to be. It isn’t that he pulls punches—he doesn’t—but his central political complaint (“What can any candidate do for us at this point in American history?”) fails to convince the reader, particularly in the midst of an election when the various candidates are distinct from one another in terms of philosophy, platform, and personality. Furthermore, while George represents many things— contrarianism, fatalism, apathy, disdain—dullness isn’t one of them, which undermines Berman’s whole conceit. The author’s diagnosis of society feels simplistic; his prescription for its improvement remains unclear.