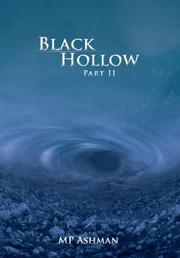 In this second installment of Ashman’s (Black Hollow, 2012) dark fantasy saga, the evil Wizard remains trapped in Black Hollow—but that doesn’t mean that all’s well in this magical world.

In the series’ first novella, unlikely heroine Jessica Bannerly came through a portal into the fantastical world of the Silver Glade only to discover that her arrival could mean the possible return of the Wizard, the land’s former overlord. He sought to sacrifice Jessica in order to break the spells that kept him confined to his cavernous prison for all eternity. However, Jessica was killed by demonic rats, which foiled the Wizard’s plan. At the start of this book, he remains imprisoned and uses his powers to try to lure someone else with Jessica’s blood to his lair—her older brother, Justin. The Wizard uses a magical mental connection to force Jessica’s best friend, a newly turned werewolf named Ciara, to deliver Justin into his clutches. Ciara, who mourns the loss of both Jessica and her own brother, is in a weakened emotional state and thus susceptible to the Wizard’s charms. However, when she develops romantic feelings for Justin, things grow more complicated. Throw in a fairy priestess, a group of unicorn guardians, a shape-shifting vampire girl and a gargoyle—not to mention a few dragons—and readers may easily become overwhelmed by the story. This imaginative sequel shares the same primary weakness as the first brief installment: It packs a little too much into too few pages. However, Ashman again creates a magical atmosphere that’s dark and disturbing, like M. Night Shyamalan’s film The Village crossed with The Lord of the Rings series, with an extra dose of gore (“All around, werewolves pounced…filling the air with the loud cracks of dying Fairies”). Readers will likely want to bask in the creepiness instead of simply trying to keep track of what’s going on.

A supernatural sequel that echoes the best and worst aspects of its predecessor.